Accounts payable: Outsource or automate, that is the question

Accounts Payable: Outsource or Automate, that is the question

In the depths of the 2008 financial crisis, the end of the economic world seemed like a very real possibility. While the end of the world did not come to pass, we did enter into a new era. Companies became far more cost-efficient and began relying on software to drive costs down further than ever. The utilization of software to drive down costs introduced several new technologies into the mainstream. FinTech rose to challenge banks. Artificial intelligence (AI) stepped out of academia and became essential for business operations. Automation replaced repetitive tasks across a multitude of industries.

Without recent advances in technology, automation as we know it today would not be possible. Before automation, there was outsourcing. Thanks to globalization, outsourcing lets companies cut down costs by shipping non-core items overseas, where labor is cheaper. Automation has removed the need to send activities overseas or even involve humans at all. Dollar for dollar, this has led to shrunken costs and increased productivity.

To give you a better understanding of the differences between outsourcing and automating accounts payable, this article covers several common scenarios.

Outsourcing means giving up some control of a function of your business. If the area being outsourced isn’t a core competency of the business, outsourcing makes sense. As it stands today, AP is often perceived as a non-strategic, back-office function; in that case, a business might consider outsourcing AP in its entirety.

What does this mean for control? AP processes interact with customers. An outsourced customer-facing activity has higher impact than one that remains behind-the-scenes. For example, setting up a software environment for developers isn’t customer-facing and can be outsourced; this kind of outsourcing has much lower impact.

When customers interact with a middleman (the outsourced company), your business has to trust they will follow established guidelines; otherwise, the customer experience can be inconsistent and jarring. Trusting the company you’ve outsourced to is part of giving up control.

With automation, there’s no middleman. Customers continue to interact directly with your company, and you retain full control of AP and customer experience.

Similar to a loss of control, outsourcing also means giving up some of your company’s independence. You are now reliant on outsourced activities remaining reliable and efficient.

This dependence can make your company vulnerable. If something happens to your outsourcing partner and they aren’t able to provide services, without contingencies in place, you may be in trouble. Depending on how well prepared you are for potential issues, there may be little or no warning to either you or your customers. Planning for as many hypothetical scenarios as possible and creating contingencies for them is critical for maximum uptime.

This isn’t to say that automation can’t have similar issues; if your software goes offline, AP can’t be processed. Just as with the outsourced scenario, a contingency plan can help turn it into a manageable problem.

Humans are fallible; it’s a fact of life. Having people involved will always mean that human error can occur. Outsourced AP, when processed by humans, increases the number of opportunities for errors to occur. Not only are people still involved, but the process has been made more difficult, as documents need to move between your business and the outsourced company, creating an additional point where errors can occur.

Automation doesn’t require the involvement of another company; this removes a cog of complexity from the machine of your accounts payable process. There is very little human involvement with automation. Once the workflows are set, they are self-sufficient and able to continue running on their own. AI doesn’t get distracted, have a bad day, or get tired of doing the same thing over and over. It simply digitizes invoices, captures their data, and triggers an approval workflow day after day.

An outsourced service has variable rates of production. This variance creates inconsistent returns on labor. In contrast, automation is consistent and far less costly than human labor. Automation software has a steeper upfront cost, but the cost drops dramatically very quickly after implementation. The initial cost includes change management, configuration, and testing. Once the software has been set up, little intervention is required. At this point, automation will not only drive cost savings, it will also generate rapid ROI.

We’ve touched on the fact that any customer-facing activity that is outsourced becomes, in essence, a middleman between you and your customers. To customers that are used to dealing with your company directly, but now have to reach you indirectly through a third party, the experience can be quite jarring. You are also unable to continuously monitor how well any third party is performing in regard to customer service; you may only hear about any incidents that occur much later.

The best way to know how customer service is performing is to keep a constant eye on it. When it’s an in-house function, customer satisfaction is much easier to monitor. AP Automation software remains in-house. The people controlling and working with the software are also in-house employees, making the entire experience simpler to track and measure.

Software can always be improved; this is also true for automated tasks. One of the largest areas that software is showing gains in productivity is artificial intelligence, specifically for AP automation; the AP industry is already benefitting from these advancements. As AP automation continues to improve, both businesses and their customers alike will continue to reap the benefits.

A Complete Guide to AP Automation

The average AP workflow is full of manual, time-consuming, hands-on tasks. Imagine what your finance departments could accomplish with automated AP processes. Read and download our complete guide for implementing accounts payable automation for your enterprise.

Rethink what AP can be 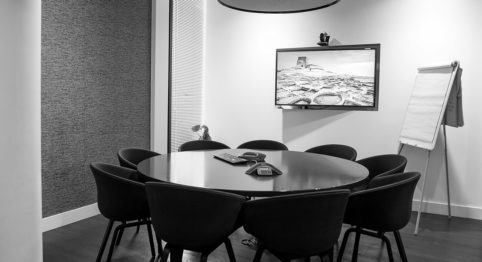 June 01, 2020 | Helee Lev
The next normal: A guide for AP teams as offices reopen
END_OF_DOCUMENT_TOKEN_TO_BE_REPLACED 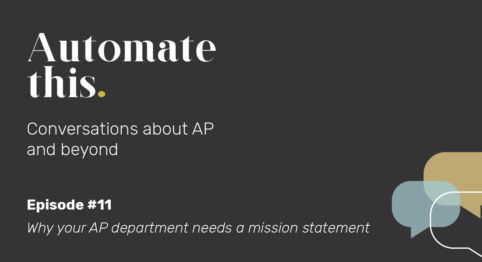 May 19, 2020
Automate This Episode #11: Why your AP department needs a mission statement
END_OF_DOCUMENT_TOKEN_TO_BE_REPLACED 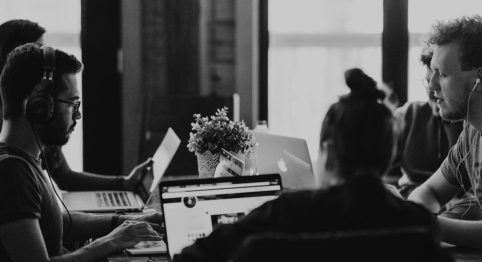