Closing the gender equity gap: The essential role of ESG

Closing the gender equity gap: The essential role of ESG

For decades, the gender wage gap has been a chronic issue in the job market, and the investment world is finally taking note. Sustainability, diversity, and gender equality are becoming more prevalent social issues as corporations and investors aggressively incorporate stronger ESG (Environmental, Social, Governance) strategies into their operations and metrics.

The wage disparity between men and women is a contentious issue that’s gaining traction. For example, the U.S. Women's National Soccer team has campaigned for pay equity for years and recently reached a landmark $24 million discrimination settlement with the U.S. Soccer Federation, as well as an agreement to match compensation and bonuses with the men's team.

Companies are striving to address pay disparities based on gender, race, and other demographic characteristics as consumers and investors focus more intently on these inequalities. While this is undoubtedly a moral issue, the agenda is also driven by concrete metrics that indicate firms with smaller pay gaps outperform others, implying that organizations with a large gender imbalance can post a greater investment risk.

A gender pay gap is a measure of the difference in average compensation between men and women throughout an entire organization, business sector, industry, or the economy as a whole, regardless of the nature of their work.

According to Pew Research Center, the pay difference between men and women in the U.S. has been largely consistent over the last 15 years. According to an analysis of full- and part-time workers' median hourly wages in 2020, women earned 84% of what men earned. This means it would take an extra 42 days of work for women to earn what men did in a year.

Some companies claim that the pay discrepancy between men and women is due to a lack of female senior leadership. According to McKinsey & Company, white men make up 68% of C-level executives, while white women make up 18%, men of color make up 10%, and women of color make up only 4%. In reality, more than a third of businesses do not have a single female executive on their board of directors.

In the last few decades, women have made significant progress in terms of representation, particularly in high positions. However, nearly two years into the COVID-19 pandemic, studies show that women are struggling. During the epidemic, almost 4 million women left the workforce and bore greater responsibility, worry, and exhaustion than men. What about the employment-to-population ratio for women? Last year, in 2021, it fell below 50% for the first time since the 1980s.

For women of color, the issues are worse. When looking at full-time, year-round workers' income across broad racial and ethnic categories, Hispanic women have the biggest pay disparity, earning only 57 cents for every $1 made by white, non-Hispanic men in 2020. Despite generally having some of the highest labor force participation rates, Black women earned only 64 cents for every dollar earned by white, non-Hispanic men in 2020, according to data on Black women alone. When data on multiracial Black women, defined as Black women who also identify with another racial category, is included in the analysis, the amount drops to 63 cents, showing a slightly wider income difference.

Companies risk losing the very leaders they need right now if these issues aren't addressed fast, and it's difficult to see firms navigating the pandemic-induced “Great Resignation” and creating inclusive workplaces if the gender wage gap isn't prioritized and addressed.

Why gender equality should matter to ESG investors

"Can making investment decisions around socially charged issues generate returns on par with traditional strategies?" is easily one of the most pondered questions surrounding ESG investing. The answer is yes. Studies show investing in companies that prioritize gender diversity can be beneficial to both businesses and investors.

From 2011–2016, U.S. companies that began the period with at least three women on the board of directors experienced median gains in return on equity (ROE) of 10 percentage points and earnings per share (EPS) of 37%, according to MSCI. In contrast, companies that had no female directors as of 2011 experienced median changes of -1 percentage point in ROE and -8% in EPS over the study period.

Exchange-traded funds (ETFs) focusing on gender diversity are also on the rise in the investment sector. When it comes to gender diversity ETFs, the SPDR SSGA Gender Diversity Index ETF (SHE) is one of the most venerable brands. According to State Street Advisors, SHE debuted in March 2016 and is now valued at $180.36 million in assets under management, making it one of the most successful ETFs to debut in the last five years.

Due to their potential to deliver out-performance, gender ETFs could see more flows in the future, according to some industry observers. This past January, Bloomberg announced that the 2022 Bloomberg Gender-Equality Index (GEI) will contain 418 firms from 45 countries and regions, with a combined market valuation of USD16 trillion. The GEI seeks to increase the breadth and depth of ESG data available to investors by bringing transparency to gender-related practices and policies at publicly traded firms around the world.

The company's bottom line is vital, even if it isn't the be-all and end-all. In a study of 366 companies in the United States and the United Kingdom, there was a clear link between higher-than-average diversity (racial/ethnic and gender) and higher-than-average earnings when compared to similar companies. Companies in the top quartile for gender diversity on executive teams were also 25% more likely than their counterparts to achieve above-average profitability, according to McKinsey.

In short, women in leadership are good for business. Fast Company backed this up by reporting higher representation of women in C-suite level positions results in 34% greater returns to shareholders.

The additional benefits of DE&I

Diversity, Equity, and Inclusion (DE&I) are about more than policies, programs, or headcounts. The presence of differences within a given setting is referred to as diversity. The practice of ensuring that systems and programs are unbiased, fair, and deliver equitable outcomes for all people is known as equity. Inclusion is the practice of ensuring that people feel a sense of belonging in the workplace.

A diverse, equitable, and inclusive workplace makes everyone feel equally involved and supported in all areas. These efforts are more than an attempt to make people feel good; they have tangible benefits for both employees and companies such as:

A significant piece of employee engagement boils down to trust. In their research on company culture, Great Place To Work found that when employees trust that they, and their colleagues, will be treated fairly regardless of race, gender, sexual orientation, or age, they were more likely to look forward to going to work, take pride in their work, and to stay longer at their company.

Moving forward, ESG data and reporting will play an increasingly important role in addressing these issues. The European Commission, for example, has announced new proposals that will require firms with more than 250 employees to report information on their gender pay disparity. The proposal, which was sparked by the COVID-19 outbreak, includes pay transparency measures such as salary information for job seekers, a right to know the wage levels of individuals doing the same job, and gender pay gap reporting duties for large corporations. The proposal also enhances workers' access to legal support and boosts their options for asserting their rights.

While not yet mandatory in the U.S., more companies are reporting gender pay gaps, due to pressure from investors, customers, and government regulation in an effort to improve their ESG scores.

In his role as Inbound Marketing Manager, Chris oversees website administration & development of a wide range of content, including email campaigns, social media, & marketing collateral, as well as supporting improvements to the design & functionality of the platform. 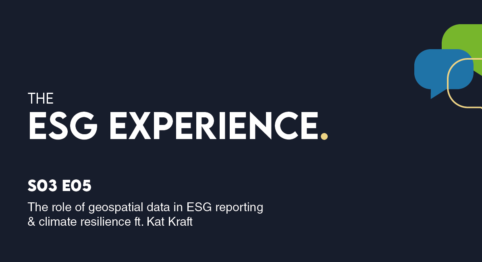 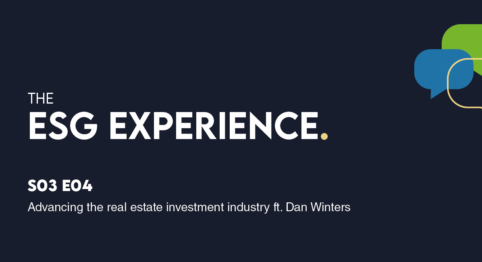