A guide to renewable energy credits

Broader initiatives to reduce greenhouse gas (GHG) emissions and combat climate change are intensifying pressure on corporations in the United States to set challenging net zero objectives with tight deadlines. As businesses pledge to reduce their carbon footprint, green power, renewable electricity generated by sources like the sun or wind, is becoming a crucial component of success.

The majority of businesses utilize energy derived from fossil fuels as their primary source of GHG emissions. A clean alternative to energy produced by coal or natural gas, renewable energy does not emit any greenhouse gasses or other air pollutants. But without access to wind turbines or solar panels, how can companies produce renewable electricity?

Although firms buy RECs on a voluntary basis, regulation in many jurisdictions requires utility companies to purchase and/or generate green electricity through a Renewable Portfolio Standard (RPS); currently, 33 states have some kind of RPS.

Regardless of the motivation, understanding RECs is necessary if you want to purchase clean electricity in the United States.

What are renewable energy credits?

A renewable energy credit technically refers to a market-based product that represents the ownership rights to the environmental, social, or other non-power aspects of the production of renewable electricity. When a renewable energy source produces and transmits one megawatt-hour (MWh) of electricity to the grid, a REC is issued.

The REC can subsequently be sold on the open market as an energy commodity once the power provider has supplied the energy to the grid. RECs can also go by other names, including green tags, tradable renewable certificates (TRCs), renewable electricity certificates, or renewable energy certificates.

The value of a REC

RECs are important because they track how much renewable energy is incorporated into the power grid and provide proof that the owner has acquired one MWh of renewable energy.

Several data attributes, including certificate data, tracking system ID, certificate generation information, renewable fuel type, and renewable facility location, contribute to a REC's worth. Additionally, the name of the energy project, the utility it is connected to, its eligibility for certification or the RPS, and the renewable resource's emissions rate can all be found in a REC’s certification.

RECs are comprised of multiple energy sources. Wind accounts for 67% of the renewable energy market, while other renewable sources such as solar power, moving water (hydropower), organic plant and waste material (biomass), and the earth’s heat (geothermal) comprise the rest. Unlike coal or natural gas, renewable energy supplied by these sources is readily available and can replenish itself.

The difference between RECs and SRECS

There are also "solar carve outs" in some state Renewable Portfolio Standards. An RPS with a solar carve out stipulates that a specified percentage of the state's electricity production must be generated by solar panels in addition to their mandate for the production of renewable energy.

How do renewable energy credits work?

First, it's important to understand that every watt of energy produced comes from an energy source, be it a wind farm or a fossil fuel-based power plant. Electricity generated by these different sources is mixed together and sent to buildings and residences via the electric power grid. Since it can be difficult to determine the precise source of your electricity, RECs play an important role in accounting, tracking, and assigning ownership to renewable electricity generation and use.

Each REC represents a specified amount of energy that was generated by a renewable resource and sent to the electrical grid. Every renewable energy transaction includes a REC, which offers a reliable means to buy and sell renewable energy. Companies or individuals who produce their own renewable energy onsite can generate their own RECs that can also be bought and sold.

Once a REC has been purchased, the owner can sell it, trade it, or retire it. "Retiring" a REC means that you retain ownership of it forever; it cannot be sold to someone else and must be registered through the REC's tracking system. Only the party that "retires" the REC can claim the environmental benefits.

For example, when a business says it is "powered by 100% clean electricity", it means it either produced or purchased and retired a number of RECs equal to its power consumption.

The Environmental Protection Agency (EPA) recommends buying RECs that are certified and verified. This ensures that the green power in use was generated by a quality renewable resource.

There are technologies that monitor and record the energy data each time a REC is sold. Due to their ability to be tracked and uniquely numbered, just like an online bank account, RECs offer official documentation that you are utilizing renewable energy from the grid. As RECs offer tangible, measurable measurements and data, this accounting system is essential for any business implementing ESG (Environmental, Social, Governance) programs and working toward specified net zero targets.

RPS requirements are a significant driver of REC trades as many states require power utilities to purchase or generate renewable power. To satisfy the state's renewable energy mandate, a power company may both produce its own renewable energy and purchase these RECs from businesses and individuals.

Despite the fact that state regulations on the usage and sale of RECs differ, the certificates are accepted by a large number of state and municipal governments, as well as regional transmission companies, non-governmental organizations (NGOs), and business associations.

Each time a megawatt is produced by a facility, a certificate is created and registered in one of roughly 10 regionally-based electronic REC tracking systems in the United States. The tracking system issues a uniquely numbered certificate for each REC generated.

Buying RECs that have been certified by an impartial third party is the best approach to guarantee their legitimacy. The Center for Resource Solutions' Green-e certification standard is the most widely used. Green-e verifies the complete chain of custody of certified renewable energy from generation to retirement and certifies renewable electrical products to meet the program's high environmental and consumer protection standards.

Who should buy RECs?

RECs are ideal for organizations that want to reduce their greenhouse gas emissions. For example, Whole Foods and Starbucks are two major companies that buy RECs. Companies should consider buying RECs if they:

Organizations that purchase voluntary RECs are often concerned with lowering their GHGs to satisfy ESG goals or track their electricity usage. Homeowners can also be voluntary buyers, meaning anyone can support renewable energy at an individual level.

Electrical utilities that are required by the RPS legislation to generate a specific amount of their electricity from renewable resources are compliance buyers. This means that a utility must present renewable credits as evidence that a specific percentage of the electricity it generates comes from renewable sources. The utility can produce the RECs using its own renewable energy sources, but it must buy them if not enough is produced.

How are renewable energy credits priced?

Some jurisdictions use a tier system for RECs to show their beneficial effects on the environment. For instance, brand-new wind and solar plants produce Tier 1 RECs. RECs with a stronger impact on reducing carbon dioxide emissions are often more expensive than RECs with a smaller impact, such as those generated in a grid that is already clean. The wholesale energy markets' fluctuations can also affect REC pricing.

There are two types of RECs that you can purchase: bundled (typically just called "RECs") and unbundled RECs.

A bundled REC means that a buyer purchases the electricity and the renewable energy credit together. For example, when a renewable energy generator, like a wind farm, generates one megawatt-hour of power, it creates two sources of value. First is the electricity itself, which can sell at the market rate. Secondly, under federal law, it receives and can sell one REC, a certificate saying that it generated one MWh of electricity from clean sources. This means every certified renewable generator in the U.S. has two revenue streams, electricity and RECs.

Most companies, however, prefer to meet their goals through the less effective route of buying unbundled RECs, a credit that is acquired without also purchasing the underlying power. Sounds okay, but what’s the problem? This creates little or no additionality. Additionality is essential for the quality of carbon offset credits, as GHG reductions are only considered additional if they would not have occurred had there been no market demand for RECs. If a company’s associated GHG reductions are not additional, then purchasing RECs in lieu of reducing emissions effectively contributes nothing to sustainability and climate goals.

Using unbundled RECs also allows a company to say it has reduced its Scope 2 emissions while continuing to emit greenhouse gasses as before. While purchasing unbundled RECs technically counts toward sustainability goals, many stakeholders, including investors, may question this approach.

Remember: achieving additionality ensures that your company is promoting a more sustainable world because it actively decarbonizes the grid by displacing fossil power.

Direct carbon offsets and RECs both provide environmental advantages that can help mitigate and reduce greenhouse gas emissions. When considering the approaches, it's important to know that offsets and RECs are distinct instruments with different impacts and represent various standards for qualification and credit in the context of carbon footprints.

Specifically, offsets represent a metric ton of emissions avoided or reduced. RECs represent one megawatt-hours of renewable electricity generation. RECs are measured in MWh while carbon offsets are measured in metric tons of CO2. Although RECs can help you achieve carbon emissions goals, they're not the same as carbon offsets, also known as voluntary emission reductions (VERs) or carbon reduction tons (CRTs).

Carbon offsets come from projects or activities that reduce greenhouse gas emissions, increase carbon sequestration, or help remove greenhouse gas from the atmosphere. These offsets must be "real, permanent, and verified" according to the EPA. RECs are often meant to be used in conjunction with carbon reduction programs and can support reduction efforts when you can't otherwise reduce your direct or indirect emissions. While both RECs and carbon offsets can be useful ways to address your company's carbon footprint, it’s important to remember that they aren't interchangeable.

With investors inquiring more and more frequently about what your company is doing in regard to responsible investment, how you treat employees and vendors, your dedication to sustainability initiatives, and other activities that fall under the ESG umbrella, it’s important to have answers to these questions.

In his role as a Senior Solutions Architect, Sam manages portfolio-wide projects for reporting frameworks such as GRESB, CDP, and the S&P CSA for multiple clients. Additionally, he helps drive asset-level sustainability by supporting projects such as LEED, ENERGY STAR, Fitwel, and utility benchmarking. 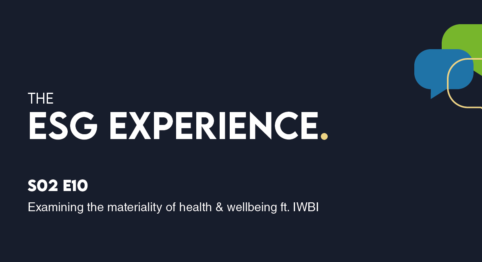 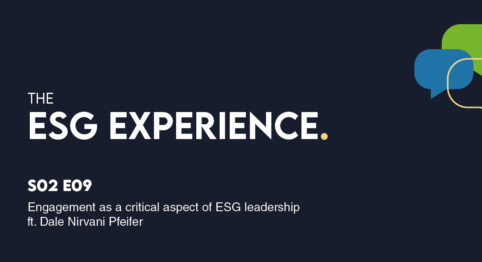 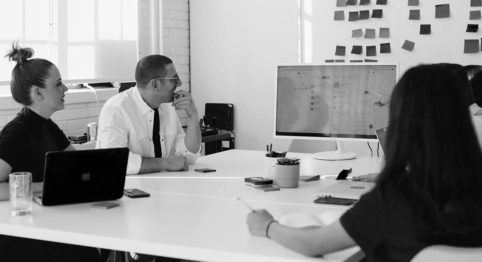