Companies are under more pressure to demonstrate how they are generating profits sustainably and responsibly as ESG (Environmental, Social, Governance) investing grows in tandem with political and public concerns about climate change, economic inequality, and social injustice. Why the pressure? According to Bloomberg, global ESG assets are on track to exceed $53 trillion by 2025, representing more than a third of the $140.5 trillion in projected total assets under management.

As a result, businesses are making increasingly ambitious ESG commitments (e.g., "net zero" by a certain year). However, ESG investing is still in its early stages, and the criteria by which shareholders, investors, and consumers can appropriately assess a company's ESG commitment, such as data regulations and reporting standards, are still evolving.

"ESG washing" is a term that has recently been coined to describe the ways in which corporations oversell and misrepresent ESG efforts and initiatives, such as Diversity, Equity and Inclusion, in order to gain favorable support from investors, and consumers, employees, and/or other stakeholders.

Each June, as the rainbows emerge and Pride Month celebrations ramp up, a very specific type of ESG washing arises: "rainbow-washing". Rainbow-washing, like greenwashing, is the practice of portraying a company's products, activities, or policies as being committed to corporate diversity and LGBTQ+ rights when they aren't. And positive diversity efforts may be marketed by a corporation that are exaggerated or, in some cases, wholly fraudulent.

As companies launch their June Pride-related promos, it’s important to understand which are genuine attempts at supporting the LBGTQ+ community and what qualifies as rainbow-washing.

What does Pride Month celebrate?

LGBTQ+ patrons of the Stonewall Inn, who were mostly people of color, were fed up with being harassed and targeted and fought back against the police when they raided the gay club in Greenwich Village in New York City in June 1969. The raid resulted in six days of protests and violent clashes with law enforcement rioting that became known as The Stonewall Riots. This moment served as a catalyst for the gay rights movement in the United States and around the world.

A year later, in 1970, the first Pride march was held to honor those who fought for their rights. Since then, LGBTQ+ individuals and allies have used Pride Month, pride festivals, and pride marches to continue the fight for acceptance and equality. However, Pride month has gradually shifted away from politics as LGTBQ+ rights have progressed and become a celebration that has provided room for corporate commodification of the LGBTQ+ community.

For example, every June, Target releases a pride collection; Amazon's Alexa personal assistant will inform you about Pride; Nike introduced a "Be True" Pride campaign and product line in 2021; and Burger King even featured a "Pride Whopper". While business support for the LGBTQ+ community exemplifies our society's progress over the last four decades, the commercialization of Pride Month adds a complex element to LGBTQ+ awareness.

On the one hand, visible backing from major corporations can be a welcome ally in a time when same-sex wedding cakes can become a Supreme Court case, but actual corporate responsibility around LGBTQ+ issues and politics can also be masked by easy-to-sell products and rainbow logos.

The rise of rainbow products

The use of rainbow logos and mass corporate marketing of Pride-specific products is a relatively new phenomenon. However, gay and lesbian marketing began taking root in the 1980s and ‘90s as companies began creating advertising campaigns for targeted regional and national audiences. For example:

Queer persons became more prevalent in advertisements in the late 1990s. RuPaul and k.d. lang, for example, appeared in a 1995 MAC Cosmetics advertisement. And, while queer marketing rose in popularity in the early 2000s, it was around the start of the Obama administration when LGBTQ+ advertising (and rainbow-washing) exploded. With the approval of same-sex weddings, selling pride became a safer economic bet, and companies understood they'd make more money than face backlash if they capitalized on and sold Pride products.

Pride marketing, however, is embroiled in deeper issues, and corporations that appear to support Pride may also support actions that harm the LGBTQ+ community. Adidas, for example, has a Pride shoe collection that is only available during Pride Month. Despite this, it was a key sponsor of the 2018 World Cup in Russia, a country where anti-LGBTQ+ legislation makes fans and athletes unsafe. That inconsistency is a prime example of the duplicity that can be found at the heart of business "support" for the LGBTQ+ community.

While major corporations are eager to brand themselves as LGBTQ+ community allies, a Popular Information investigation, found that 25 major corporations have donated more than $13.2 million to anti-LGBTQ+ politicians since the start of 2021.

Investors are placing downward pressure on their portfolio businesses, vendors are imposing ESG standards on their suppliers, employees are increasingly looking for organizations that align with their personal beliefs, and customer behavior is evolving in favor of ESG ideals.

If non-professional investors want to make sure they're investing in sustainability rather than just clever marketing, they'll need to do their homework. Investors and consumers can use ESG data and reporting to learn more about how credible a company's statements are. For example, a corporation can claim to hire and support LGBTQ+ employees, but if LGBTQ+ people make up only 5% of its workforce, the claim is clearly exaggerated.

Companies can increase transparency around corporate structures, policies, employee gender and sexual orientation breakdowns, and showcase the ways in which the company is providing tangible support for the LGBTQ+ community by providing DEI reporting, which is part of the social arm of ESG reports.

Companies that are already reporting on DEI efforts and want to improve their reporting efforts can:

There are also tools available that companies can use to create more comprehensive inclusion practices:

Supporting & nurturing LGBTQ+ in the workplace

While great strides have been made over the last decade to provide increased rights and support to the LGBTQ+ community, much more needs to be done. Beyond implementing ESG reporting practices, companies can help make meaningful progress for LGBTQ+ employees through critical steps, such as:

These internal efforts, when combined with ethical, transparent ESG reporting, can help businesses demonstrate how their marketing aligns with LGBTQ+ values and supports the LGBTQ+ community while also providing investors and consumers with the information they need to spot rainbow-washing. 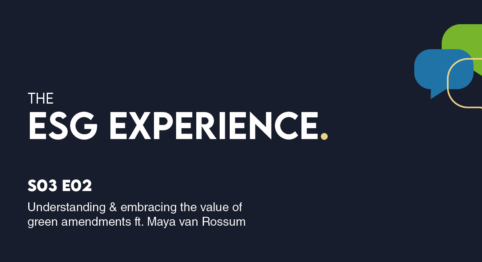